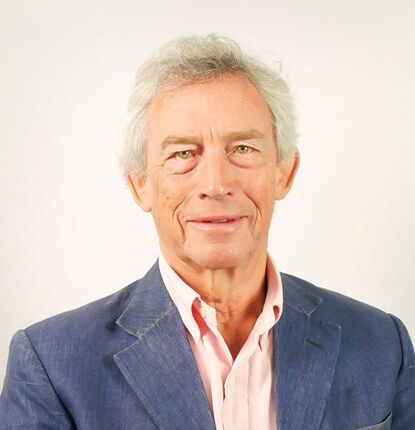 Richard has been at Taylor Wessing, a major international law firm, his whole working life and a partner for more than 35 years. He brings specific expertise across corporate litigation, corporate governance, fraud, and asset tracing to the board of trustees.

In his roles at Taylor Wessing as managing partner and previously senior partner, Richard has been responsible for devising and implementing strategic initiatives to develop the firm, including mergers with international firms. He has also run the company’s Middle East Group in Dubai, which involved representing significant trading families and corporations in the GCC and elsewhere in the region, making him a specialist in Middle Eastern issues.

Richard is also a recognised disputes lawyer, handling cross-border litigation and arbitration, particularly in the mining and offshore trust sectors.

Richard maintains a strong interest in education, and specifically the promotion of girls’ education here and abroad. During the last 20 years, he has been a governor of three schools, including a leading girls boarding school named Downe House. Richard also spent five years as chairman of the school’s appeals committee, where he successfully raised several million pounds for specific projects, such as an all-weather pitch and a refurbished concert hall.

More recently, Richard became the deputy chairman, and chairman designate, of the board of governors of Cheam School, a leading co-educational prep school. He believes it is important that private schools are aware of their wider role in the community and the need to promote less advantaged children.

By working in partnership with us, you can help to support our local community and the economy.

Whether you have recently qualified as a teacher or have many years of experience, we can help you further your career.