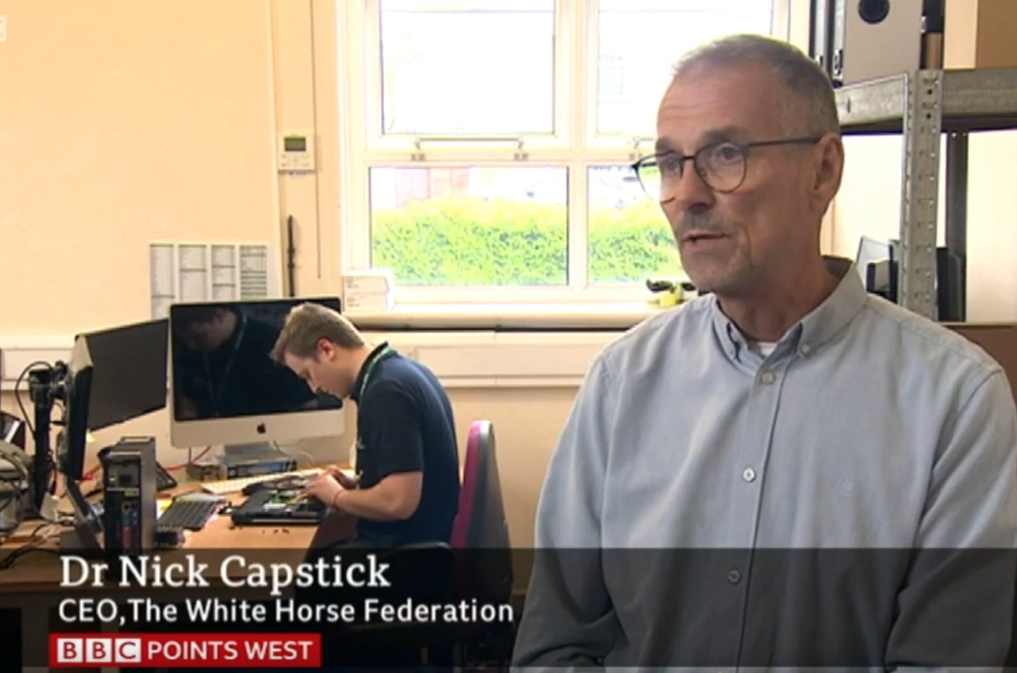 Recently, White Horse Federation CEO Dr Nick Capstick OBE spoke to journalists for BBC Points West about shortages of computer equipment for families learning from home and what the federation is doing to help alleviate the issue. The clip has now even been shown on the national news!

In the video, Nick explains how the federation is accepting donations of computers, laptops, and smartphones, ideally less than five years old, which can be distributed to families who lack the equipment to learn from home. Our IT department will then format the devices to clear them of any data and make sure they can safely be used by our pupils.

Since the clip was aired on the BBC we’ve already received an impressive number of enquiries about donations, including an offer of 60 machines from Conrad London St James Hotel!

We’d like to thank everyone who has offered to donate to those families lacking the technology needed for home learning. As Nick says in the interview, we’ve never seen this kind of generosity!