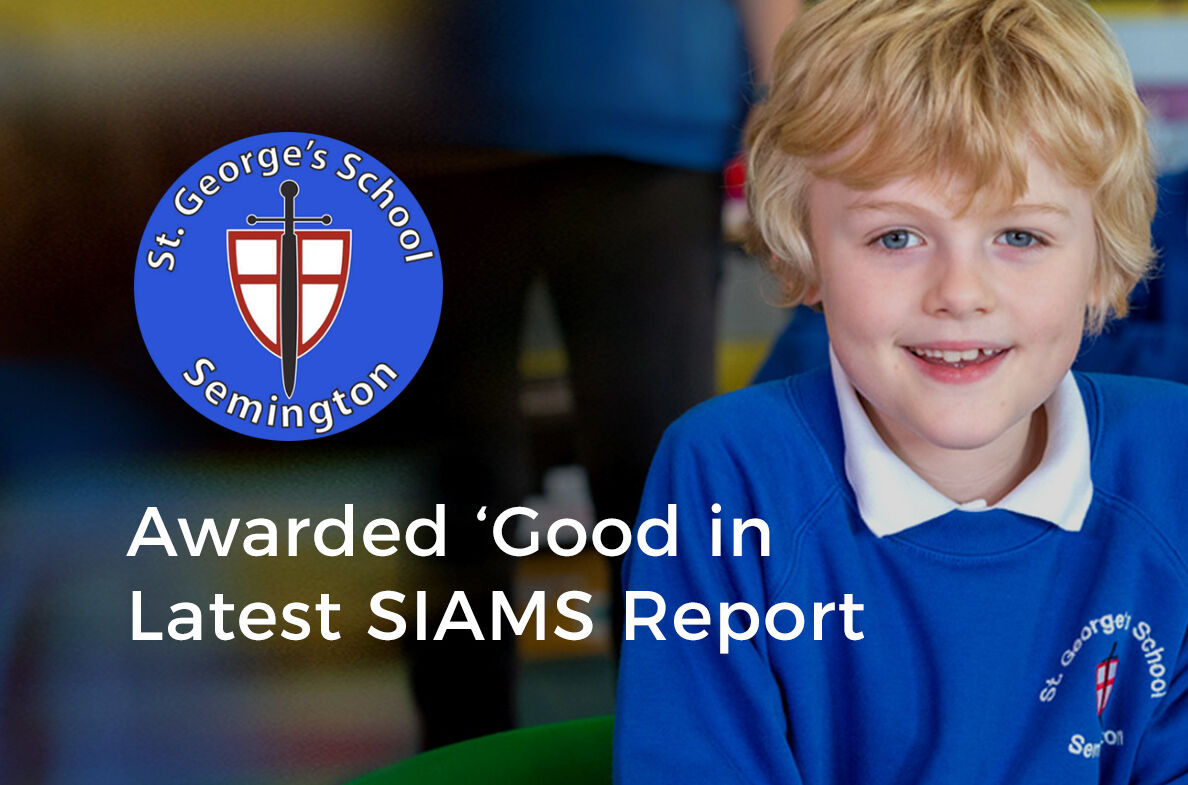 The White Horse Federation is delighted to announce that St George’s C of E Primary School has been awarded a ‘good’ grade in a very positive SIAMS report by an inspector from The Church of England Education Office.

Having visited the school on 6th December, the inspector praised St George’s for how its “Christian vision [...] has been a major influence in improving the school”.

The Statutory Inspection of Anglican and Methodist Schools (SIAMS) report assesses church schools for the effectiveness of their Christian vision in allowing members of the school community to flourish. Mandatory for all Church of England and Methodist schools nationwide, it is a very important and influential guide.

St George’s C of E Primary School, based in Semington, joined The White Horse Federation family in 2018. Over the past two years, the school has undergone significant changes.

This is the first major report on the school since joining the federation and we are extremely happy with the developments already evidenced in the report. In particular, the inspector’s comment that “pupils’ attainment and achievement have risen dramatically in the last eighteen months” makes us glow with pride.

Everyone at our federation is delighted with the amazing work being carried out at St George’s C of E Primary School. We are so happy for all the staff, parents, and children at the school that their hard work has been recognised in this report. For more details and to see the report itself, read the school’s blog post.