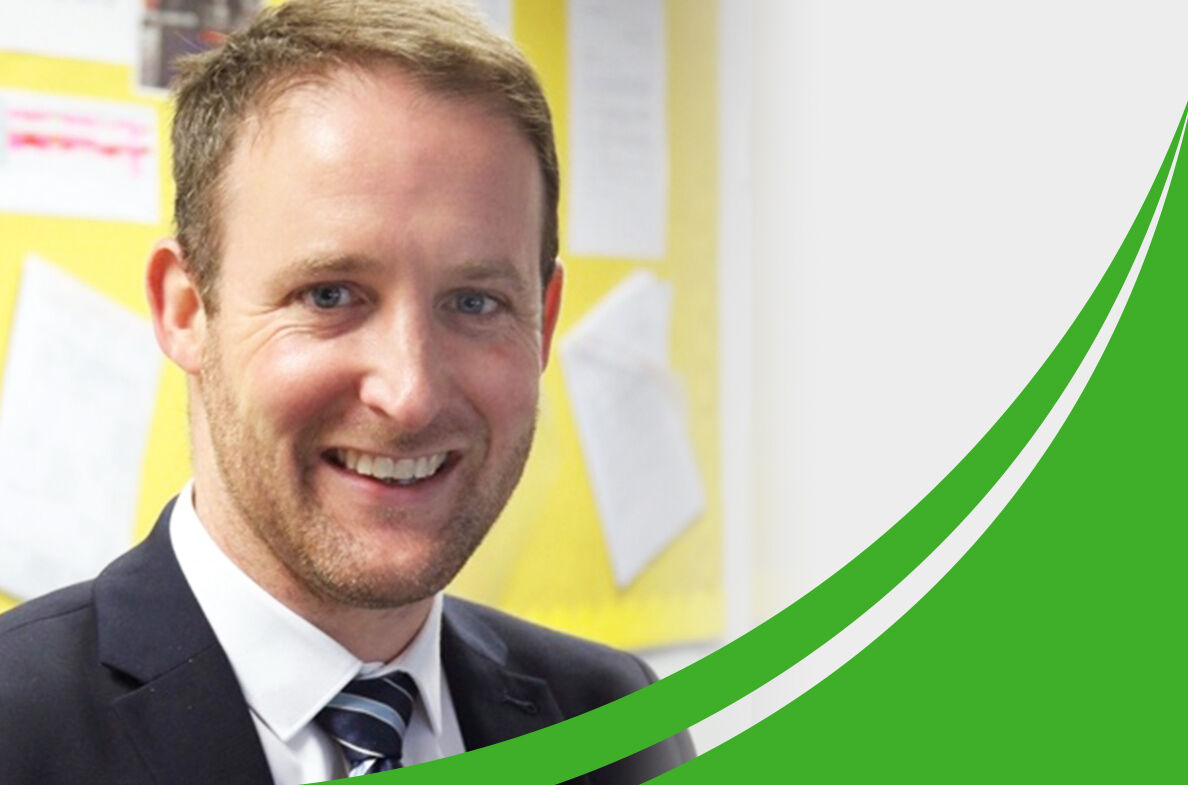 The White Horse Federation is delighted to announce that Whitelands Academy has appointed Adrian Cush to be the school’s first principal. Mr Cush is currently deputy headteacher at Churchdown Academy, Gloucester, where he has helped the school become one of the top performers in Gloucestershire. After a transition period, Mr Cush will join Whitelands in September.

As the school’s first principal, Mr Cush will use his passion and experience to ensure Whitelands Academy is immediately a pillar of the Bicester community.

During his 17-year career in education, Mr Cush has excelled in a number of roles. Having begun teaching at King’s College Guildford, where he gained experience of working at a newly opened school, Mr Cush enjoyed seven successful years in leadership and pastoral roles at St Andrew’s Catholic School, Leatherhead, and St John the Baptist School, Woking.

Mr Cush then joined Churchdown Academy, where he was named head of sixth form and made responsible for improving the post-16 provision. In three years, he helped the sixth form rise from the bottom 10% in the country to the top 20% and win national recognition for its improvement and outcomes.

Upon being appointed principal, Mr Cush said: “I am exceptionally excited and privileged to be appointed principal of Whiteland’s Academy and look forward to working with the community to build an exceptional school. Developing a school from a blank canvas gives us a unique opportunity to create an unrivalled educational experience that will truly prepare our young people for a successful life in the modern world.”

“I have worked in some of the country’s best-performing schools and am driven by ensuring every child gets the best education focused on academic progress and the holistic skills required to flourish. I am passionate about creating a broad curriculum which develops knowledge as well as ambition whilst being underpinned by the expectation that everyone can achieve their ambitions.”

Mr Cush’s knowledge and expertise will be huge assets to the Whitelands leadership team as they establish the school as a centre of academic excellence.

Upon opening in September 2020, Whitelands Academy will become the 33rd member of The White Horse Federation family.

Christopher Belli, The White Horse Federation’s regional director for Gloucester, Berkshire, and Oxfordshire, said: “I am delighted to introduce Adrian Cush as the new principal of Whitelands Academy. Being the first principal of a newly opened school requires leadership, commitment, and a determination to succeed. These are all attributes that Adrian possesses and has demonstrated throughout his career. He has always been able to win the hearts and minds of everyone he works with, forming strong relationships built on trust and mutual respect.”

“Adrian is fully committed to ensuring young people receive the best education possible, and his focus has always been on improving outcomes for students. His desire to build a school with the right values and culture, a child-centric focus, and a commitment to the community it serves is shared by the federation and made him the perfect candidate for the role.”

Mr Cush’s appointment at Whitelands will begin in September. As Adrian transitions from his role at Churchdown Academy to his new appointment as principal of Whitelands Academy, he will enter consultation with the local community to learn more about the challenges they face and the school’s role within the Bicester area.

Once he is in post, Mr Cush will communicate his vision and strategy for success at the academy in a statement addressed to staff, parents, and the local press.

Everyone at The White Horse Federation would like to welcome Adrian to the family. We can’t wait to start working with him as we establish Whitelands Academy as an exceptional secondary school and deliver successful outcomes for its staff and students.